145 high-quality footsteps sounds specially crafted to help you put sound to your games.

YouTube Link (hear the audio preview of the 145 SFX)

Soundcloud link (hear the audio preview of the 145 SFX)

This pack covers the following surfaces:

Can be complemented with this pack:

- All you'll ever need regarding casual footsteps

In order to download this asset pack you must purchase it at or above the minimum price of $9.50 USD. You will get access to the following files: 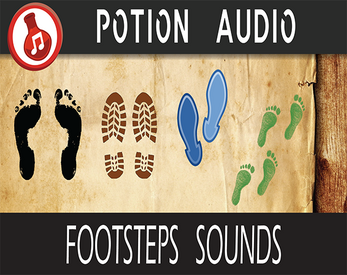