Soundcloud link (hear the audio preview of the 201 SFX)

- This pack is linked with: ''Pirate Game Sound Pack''

- All you'll ever need regarding Pirate vocal sounds

- It also contains 1 tavern ambient, 1 tavern song and 1 fanfare for winning situations in a pirate game.

In order to download this asset pack you must purchase it at or above the minimum price of $9.50 USD. You will get access to the following files: 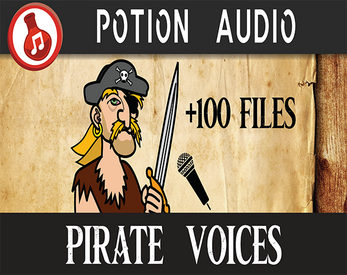