225 interface, futuristic, ui, modern sounds that can be used in different kind of games, especially indicated for futuristic, space videogames.

The pack includes sounds of:

This pack can be complemented with:

Want to get regular 50% discounts on my packs? Check my Patreon: https://www.patreon.com/potionaudio

- Editable: Easy to generate more sounds if you alter pitch.

- All you'll ever need regarding UI SFX

If you want variations of the SFX you are allowed to alter pitch, tones, etc... For your projects.

In order to download this asset pack you must purchase it at or above the minimum price of $9.75 USD. You will get access to the following files: 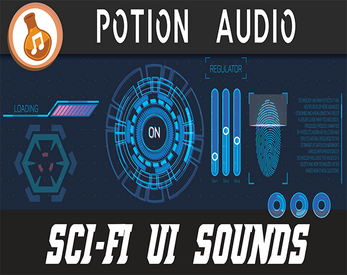